The first lady of Czech architecture and internationally renowned architect will celebrate a significant birthday in 2019.

She was born in Zlín in 1939. In the summer of 1968 she travelled to London for an internship, but the Czech authorities prevented her from returning. She joined the firm Louis de Soisson, where she worked on designing the Brighton Marina, before later working with Richard Rogers. She lives and works in London, where she has been for the past fifty years.

In 1984 she established her own firm in London – Eva Jiricna Architects Limited. Several years later in 1999, she established, with Petr Vágner, the Prague firm AI - DESIGN. Both firms provide a comprehensive service including the design of new buildings and public space, interior design and the design of objects and furniture. She is known for introducing technical innovations and for the non-standard way in which she combines standard materials, particularly glass, steel and stone. 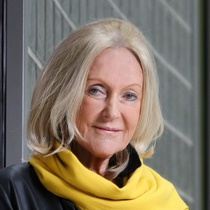 In architecture you are constantly learning, practically all your life you learn from objects and from people. In their youth people tend to hold the conviction that everyone older and more experienced than them are stupid and should make way for the younger generation. 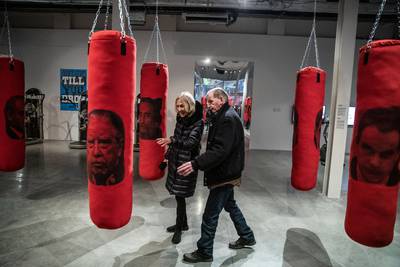 Eva Jiřičná on her visit this year to the DOX Centre for Contemporary with its director Leoš Válka.

The work of Eva Jiřičná and her firms is always characterised by its elegance, lightness and respect for material. The clients of both firms include major corporations and public institutions, for example Amec plc, Selfridges, Boodle & Dunthorne, Prague Castle, the Royal Academy of Arts, Victoria & Albert Museum, and Hotel Josef in Prague. Eva Jiřičná’s most recent work includes, for example, an educational complex at the Tomas Bata University in Zlín, which in 2017 won the Construction of the Year Award for the Zlín Region and received a commendation in the Community of Architects Grand Prix.

For architectural creation Eva Jiřičná and her team have collected a large number of international and Czech awards. Their work is regularly published in magazines and books.

Eva Jiřičná has also earned commendation for her personal contribution to the field of architecture and design. She holds the title Royal Designer for Industry, Commander of the British Empire for her contribution to interior design, she has been elected a Royal Academician by the Royal Academy of Arts and inducted into the American Hall of Fame. She has received honorary doctorates and professorships at several universities (e.g. Southampton Institute, VUT Brno, University of Sheffield, VŠUP Prague).

In 2003 she was elected President of the Architectural Association, London. She appears on international juries and frequently lectures on her work. 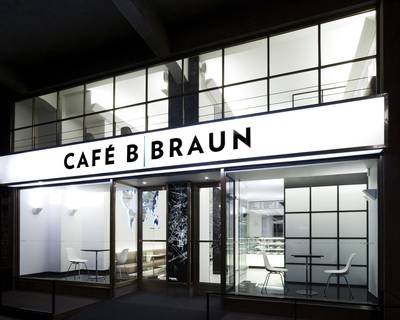 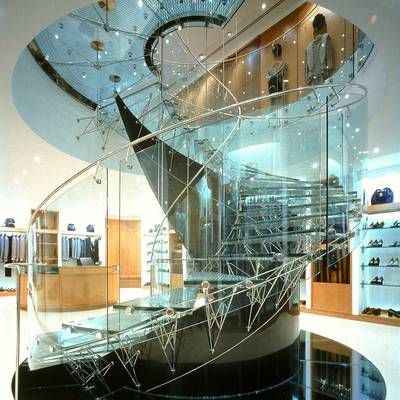 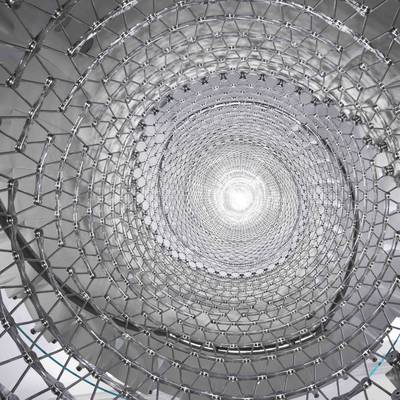 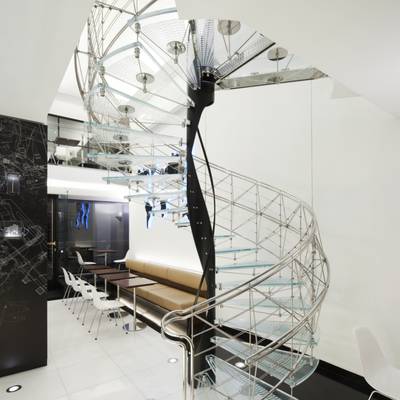 In September of this year, Eva Jiřičná received a Lifetime Achievement Medal at the London Design Festival. This is awarded by a jury to an individual who has made significant and fundamental contributions to the design industry over their career. On this occasion she told the organisers that she was not specifically proud of any one thing in her career: “I am just immensely grateful to everybody who has worked with me, who has entrusted me with a job. Everything in architecture involves teamwork and I have worked with so many magnificent people” she added.

TECHO first worked with Eva Jiřičná in 1997 when installing the interiors of the Dancing House in Prague, and since then we have worked together on a range of projects, including Hotel Josef, the Tomas Bata University in Zlín, and the Congress Centre also in Zlín. We have supported the publication of a number of books on her life and work – for example, in 1998 a book titled “Architekti” and in 2005 “IN/EX TERIOR: the Works of Eva Jiřičná”, which was launched by her close friend Václav Havel.

In 2019 Eva Jiřičná will celebrate an important birthday, on this occasion a retrospective exhibition by this world-renowned Czech architect will be held at the DOX Centre. We would like to take this opportunity, in cooperation with several other partners, to arrange a special celebration with a major surprise.

If you are an admirer of this amazing architect and her work, follow our website and social networks where we will soon add additional information. 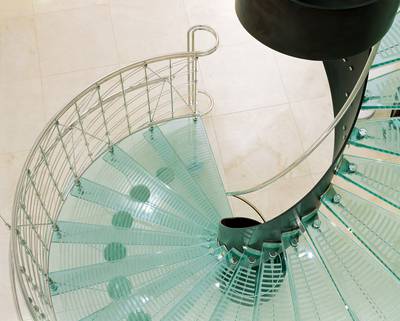 Eva Jiřičná’s projects are characterised by the use of glass and concrete, and she is particularly well known for designing glass staircases.

We thank AI - DESIGN for the kind provision of photographs.